Let there be peace on earth…

Like most people, I’m not going to be sad to say goodbye to 2016. The political news has gone from bad, to worse, to oh-my-god-what-is-this-living-nightmare, and we’re ending the year in a landscape of such unremitting bleakness that it is hard to see a way back. 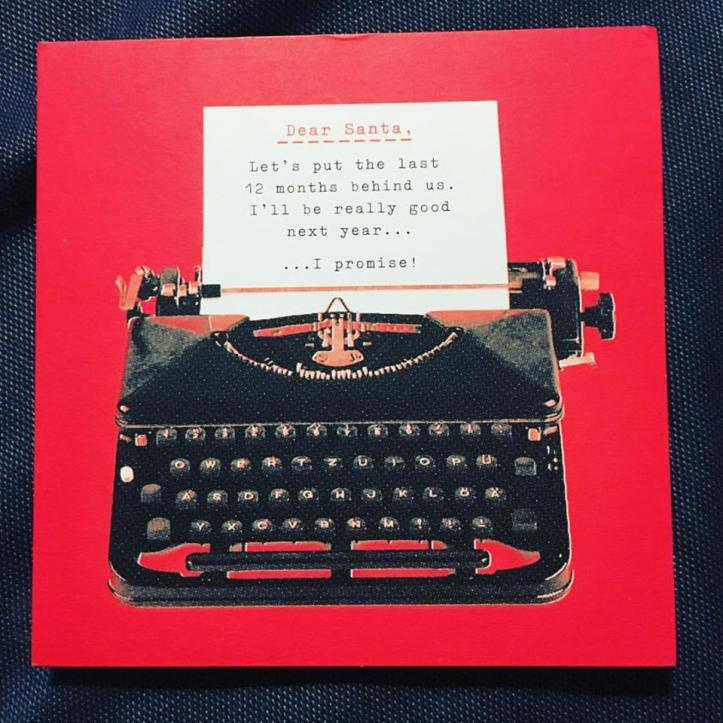 Personally I had the challenge of admitting that I was struggling with mental health problems and getting help. I also faced my darkest fear one sunny Saturday afternoon when Sophia had such a severe episode of RAS that I thought she was dead. I can’t write about it without crying. It was the most terrifying episode of my life, and I just pray that it remains so. I’ve also been physically ill a fair amount – tonsillitis, arthritis flare-up, episcleritis, sinusitis, bronchitis. Maybe not unconnected to my mental health and all the external stresses.

It is hard to stay positive, but actually, that is all we can do. On Friday it was my eldest daughter’s school Christmas carol service, held in the local parish church. Anna is in the choir, and had been practising hard, and was also very nervous. Her school do these things incredibly well, and the over-arching message, told through the Nativity story and an array of modern and traditional carols, was one of peace, love and tolerance.

“Let there be peace on earth, and let it begin with me” they sang. I cried and cried – not the socially acceptable welling up that most mums experience on these occasions, but proper gulping sobs. Luckily we were at the back, skulking in case Sophia decided to provide some unscheduled entertainment of her own. It seemed unbearably poignant to hear all these childish voices, see their innocent little faces, and reflect firstly on the children in Aleppo who know no peace, and secondly on the desperately uncertain future that Brexit, Trump and the rise of neo-fascism seem to be creating in the West.

My husband had a different, less bleak, take on it. He pointed out that these children are the future, and here in London at least, they are standing side by side – Muslim, Christian, Sikh, Hindu – all religions and none, singing a message of peace and tolerance. If they can grow up with those values and take them out into the world, then the future will not be as grim as it sometimes seems.

Building on this, I took my girls to a Christingle service yesterday. I am a lapsed and questioning Christian, my husband is agnostic; our children are not being brought up with any particular religion. But I do want them to understand a meaning of Christmas that is deeper than lots of chocolate and new toys, and for me at least the meaning of Christmas is that love is the most important gift, that anyone in a position of power should understand and experience vulnerability and that everyone, rich or poor, shepherd or king, is equal. The vicar at this service conveyed these messages beautifully, and Anna was so proud of creating her own Christingle, and enthralled by the beauty of a group of people holding lit candles processing up the church aisle. Had I not been fairly unsettled at the combination of my whirlwind toddler and a lot of naked flames I would have been similarly entranced. She had already eaten her own Christingle.

There seems to be very little that we, ordinary people, can do to influence events at the moment. All we can do is hope that tiny acts of kindness, making the effort to be positive and optimistic, and raising our children to absorb the values of peace, hope and love, as well as tolerance and inclusivity is enough.

And, if I don’t get the chance to blog again before the weekend – thank you for reading during 2016, and I hope you and your families have a happy, hopeful, peaceful and loving Christmas and New Year.

Compulsory Pride face glitter selfie!
Girls' weekend in Brighton. Champagne, cocktails and carousels, an early(ish) morning swim, the Pride parade, a mooch around the shops, sitting in the sunny courtyard garden, bleary pyjama-clad pastry eating round the kitchen table, getting all dressed up to go and eat delicious Italian food and listen to drag queens doing karaoke. Spending time with some of my favourite humans in the world.
We had lunch @pizzaexpress on Saturday, and my 6yo was very taken with the competition on the Piccolo menu to compose some Christmas song lyrics. She has come home and given it a lot of thought, before coming up with this (to be sung to the tune of Jingle Bells). The prize is a family meal at Pizza Express, and she is very excited about winning it and getting to take us all out for dinner. Not winning hasn't really occurred to her as a possibility...
Happy 1st of December! (I hope I haven't set the bar so the children expect a novelty breakfast every morning of Advent...)
Inset day for the 6yo, so we have headed to Wonder Lab at @the.science.museum which is one of our favourite trips together. Exploring resistance, bridge-building, tesselating patterns and centripetal force.
This is what getting ready to go and see Nanna and Grandad for half term looks like in 2021!