February half term was only last week, but actually feels like ages ago as it’s been a really busy week since we got back.

We had all sorts of plans for the first few days, most of which were cancelled as Sophia was poorly, and just wanted to sit on my lap and have cuddles and stories, which is of course what she got. Husband did take Anna out for a long walk across the Walthamstow Marshes and along the River Lea to blow their cobwebs away – the highlight of which for Anna appears to have been walking through a puddle that went up to her shins!

Then we went off to Liverpool to stay with my parents for a few days, and had a lovely time. Sophia was much better – albeit with a cough which got so bad on the first night we were there that my long-suffering dad ended up driving off to the all-night supermarket at 4am in search of cough mixture!

The next day the adults may have been a bit bleary, but the children were full of beans, and we headed off to one of my favourite parts of Liverpool, the Albert Docks. In slightly more clement weather I love a walk along the river front, but that day it was blowing winds of 45mph, so we headed straight indoors. I took Sophia to Mattel Play, which is basically 3 year old paradise – a soft play and imaginary play centre themed around Thomas the Tank and Bob the Builder. She had an amazing time, and although soft play is not my preferred way of spending time, this one is actually very civilised. Very clean, everything in great condition, friendly staff, and not over-crowded, even in the middle of half term. 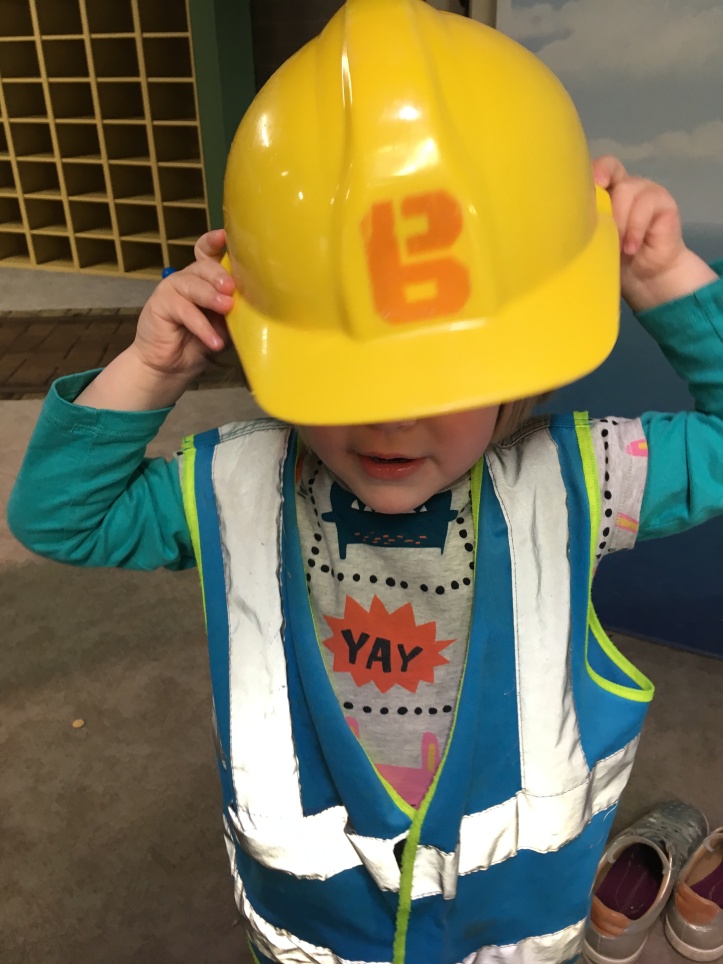 Meanwhile my parents took Anna to one of my childhood favourites, the Merseyside Maritime Museum. The age gap between my girls means that it can be difficult to find activities they both enjoy, especially in cold/wet weather when running around at the park or on the beach is less of an option. This was great because Anna got to explore to her heart’s content with Nanna and Grandad, long after her sister’s boredom threshold would have been surpassed.

That evening I got to hang out with four of my oldest and loveliest friends – three of whom still live in Liverpool and another of whom was also up for half term visiting her parents. We basically did what we’ve been doing since we were 13, and sat around eating  pizza, crisps and chocolate and chatting about anything and everything. There was more prosecco at 37 than there was at 13, and the conversation was a bit heavier – pregnancy, breastfeeding, children, schools, careers, house renovations, sadly the serious illness of one friend’s mum – but there was plenty of random silliness too and I was reminded again of just how much I love these girls, and how lucky I am to have them in my life.

The next day we met up at the park with a selection of sproglets aged between 8 weeks and 5 years in tow, and huddled in the playground trying to keep warm while our offspring ran around. 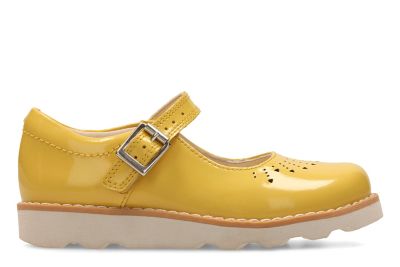 I also took the children to get their feet measured (they’d both grown, of course), and although the trip left me about £70 poorer, it did mean I could justify buying Sophia a pair of sunshine yellow patent shoes, which makes me very happy.

Saturday was the surprise success of the visit. My parents are very involved with helping to run their church’s food bank and community coffee shop, both of which take place on a Saturday morning. They suggested I brought the children along for a drink and some homemade cake, and then took them home when they got bored. To be honest, I expected that to happen sooner rather than later, as I didn’t think there would be much for them to do. I dramatically under-estimated the allure of a large, empty, carpeted space in the church hall! They spent the whole morning (other than a short break for bacon butties and delicious home-made chocolate eclairs) doing ‘exercises’, basically a random selection of incredibly energetic gymnastics and chasing games in the space. They got me to join in too, so I got a good workout. It is such a useful reminder that, although it is nice for children to have toys and to be taken on interesting trips, sometimes they are equally happy with some time and space to make their own fun.

As always when I go home, I feel like I have had a complete break, and come back with loads more energy and enthusiasm. Unfortunately this time also with Sophia’s lurgy, but that is par for the course parenting small children in winter!

I have a hugely exciting weekend trip by myself this weekend – a bread and patisserie course at a cookery school in Devon, which was my Christmas present from my husband. Feeling a bit nervous about leaving Sophia for pretty much the first time, and being apart from both girls for three days, which I think is the longest ever, but I’m looking forward to it too, and will hopefully blog next week about how I get on.